…”Without any competitive bidding or gaming study, Connecticut shut out [the Schaghticoke Tribal Nation] and awarded to one pair of Native American tribes the exclusive ability to develop a highly-valuable commercial enterprise,” Chief Richard L. Velky said in a statement. “Under the equal protection clauses of both the federal and state constitutions, [the Schaghticoke Tribal Nation] should have the same right to pursue this economic opportunity as anyone else.”

Velky said the lawsuit will be filed Monday… 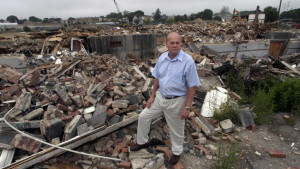 . . . The Las Vegas Night statute was critical because it was the basis — some say loophole — that the 2nd Circuit Court of Appeals in 1983 used in ruling the Mashantucket Pequots were “entitled” to open a casino in Connecticut.

Fearing that the Eastern Pequots — and other “state-recognized” tribes applying for federal recognition — might cause an explosion of casinos across the state, the Legislature quickly repealed the Las Vegas Night statute.

In addition to land claims, the fear was that the Eastern Pequots, Golden Hill Paugussett of Colchester and Trumbull and the Schaghticoke of Kent would seek to build casinos. Also writing letters in opposition are Attorney General George Jepsen, now Sen. Blumenthal and various first selectmen. . . 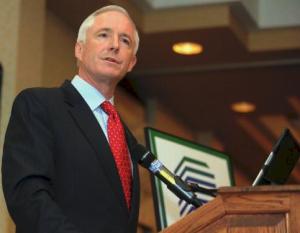