The Schaghticoke Tribal Nation (STN) is one of the most comprehensively documented Native American tribes in Connecticut and has its base on an approximately 400-acre mountainous Reservation in Kent, Connecticut. Its 300 members now seek alternative dispute resolution to determine their tribal status, in order to safeguard what remains of their tribal holdings and to secure their survival into the next centuries. Its name,  “Schaghticoke,” is derived from an Algonquian R-Dialect word meaning “Gathered Waters” (Pishgachtigok).

Beginning in the 1600s, when Europeans first described the Schaghticoke Tribe as inhabiting lands in Northwestern Connecticut, Schaghticoke have played a continuing role in the Connecticut’s history. The Schaghticoke Tribe was first documented as an Indian community within the Housatonic Valley of Connecticut Colony as early as the seventeenth century. Under the leadership of its first recorded Sachem, Gideon Mauwee, the Tribe became a refuge for Indians who were fleeing colonists. The 18th century community consisted of 500-600 members, mostly of Mahican, but including those of Oweantinock, Pequot, Pootatuck, and Tunxis descent.

The 18th century Tribe followed a traditional seasonal round of group movements involving a winter-spring village, a summer village, and numerous smaller camps at which economic activities occurred, such as fishing, hunting, tin crafting, and collecting materials for basket and broom-making. The community supported itself through a mixed economy of maize agriculture, home gardens, hunting and fishing, and small livestock farming. Tribal members added to these subsistence activities by selling woodsplint baskets, brooms, canoes, tin products, and other wood objects to white farmers and shopkeepers. In 1736, the Connecticut General Assembly established the borders of the tribe’s reservation.

In 1740, missionaries from the Moravian Brethren, an evangelical Protestant sect headquartered in Pennsylvania, began to visit the Schaghticoke and other tribes in northwestern Connecticut and Dutchess County, New York. In 1743, the Tribe invited the Moravians to build a mission and school on the Schaghticoke Reserve. The missionary activity lasted until approximately 1770, when the English permanently forced the Moravians from the land. It was during this time that the Tribe began to experience the economic and socio-political problems suffered by coastal tribes a century earlier. The end of the boundary dispute between the colonies of Connecticut and New York opened up the “Western Lands” to white settlers. Droves of white farmers, traders, and entrepreneurs moved to northwestern Connecticut, encroaching on Tribal lands and disrupting the Native economy. 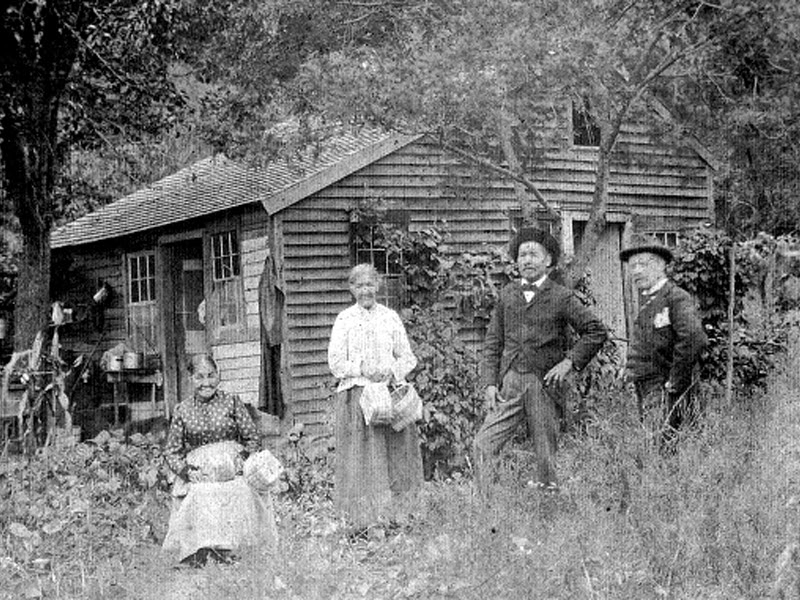 To protect Tribal interests and land, in 1757 Schaghticoke leaders asked the General Assembly to appoint their friend and neighbor Jabez Swift as overseer to the Tribe. Connecticut’s response was a long line of individual and institutional overseers that lasted until the Tribe spearheaded a change in the late-20th century from state oversight to government-to-government interaction – a change that ultimately saved the Schaghticoke Tribal Nation from government attempts to force it into extinction. After decades of state policy to remove tribal members from the reservation, few currently live there. The vast majority of Tribal members reside in Fairfield, New Haven and Litchfield counties, along traditional Schaghticoke seasonal migratory routes along the Housatonic that were first documented in the 18th century.

From 1925 to 1972, Connecticut intensified a policy of detribalization and termination, making it extremely difficult for tribal members to live and gather on the Reservation. Tribal members were forced out, while those wanting to return home were refused permission. Except for farming, no business could be transacted and no buildings or improvements could be added without the written consent of the state. This anti-Indian policy is underscored by the fact that there were no public powwows on the Reservation between 1941 and 1972. All in all, tribal members recall, the Reservation was a “difficult place to live and survive” during this century. 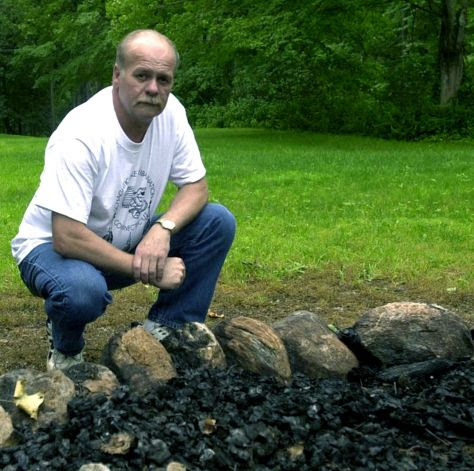 Chief Richard Velky of the Schaghticoke Tribal Nation in Kent is shown in 1999 at the fire ring of the tribal pavilion where gatherings are held on the reservation.

Despite this hostile environment, Tribal members continued to meet on and off the Reservation. Newspaper articles, photos, and oral history interviews provide ample documentation of private powwows, weddings, baptisms and funerals. After 1973, when the Reservation was no longer under the jurisdiction of the State Welfare Department and the Tribe was incorporated, these and other formal gatherings were held more frequently. Ancient traditions, stories, and crafts are kept alive through the informal leadership of elders and formal leadership of the Tribal Council. A tribal council consisting of a chief, vice chair, secretary, treasurer, and five other council members, governs the Tribe.

In a location northwest of the intersection of Route 7 & Route 202 is a historic area known as Fort Hill.  This land was once inhabited by our Schaghticoke ancestors.  A few years ago, remains of several natives were unearthed due to residential construction.  These remains date back to the mid-17th century. Thanks to Nick Bellantoni, retired Connecticut State Archeologist, the remains were returned to our land on November 2, 2014 during a ceremony led by Ed Sarabia.  Many were in attendance to see our ancestors reunited with Mother Earth.