The Strange Case of the Schaghticoke Rescission

The United States’ centuries-long relationship with the North American Indians has been governed by federal recognition of tribes according to the Constitutional provision of Article I, Section 8. Federally recognized Indian tribes are thereby “domestic dependent nations” under U.S. protection that retain the sovereignty of self-government. While treaty-making was originally the primary method of authorizing nationhood status, the methods utilized now which correspond to the executive, legislative, and judicial branches of our federal government are approval primarily by 1) “the administrative procedures under 25 C.F.R. Part 83,” 2) an act of Congress, or 3) decision of a U.S. court. In 1978 the Department of the Interior (DOI) intensified the regulation of nationhood status by initiating the Federal Acknowledgment Process (FAP). 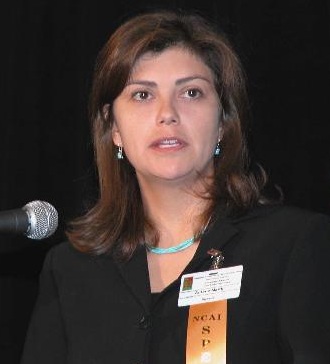 “IT WAS CERTAINLY THE BEST AMONG THOSE THAT WE REVIEWED DURING MY TENURE…”
Aurene Martin, former BIA head.

The Bureau of Indian Affairs (BIA) has since approved only 16 of the 81 tribes that have submitted complete applications for federal tribal acknowledgement. But only two tribes have earned federal acknowledgement only to have it rescinded: Connecticut’s Schaghticoke and Eastern Pequot tribes. The Schaghticoke Tribal Nation’s petition for recognition was “among the best and most thoroughly researched petitions ever reviewed by the Bureau of Indian Affairs” according to the sworn affidavit of former BIA Assistant Secretary Aurene Martin.

What led the Department of the Interior to disregard 45,000 pages of documentation, change its position, and decline to acknowledge the Schaghticoke as a tribe? A highly politicized dispute has resulted in the Schaghticoke having to endure what the Manataka American Indian Council calls “the ultimate insult – having to prove they are indeed descendants of this continent’s original inhabitants in order to keep from being obliterated from the pages of modern history.” Schaghticoke Tribal Nation Chief Richard Velky calls it “cultural genocide.”

Opponents of the Schaghticoke were quick to dismiss the January 2004 decision to acknowledge the Schaghticoke Tribal Nation (STN) as a symptom of the Bureau of Indian Affairs becoming corrupt and fickle, because the bureau’s proposed finding (PF) a couple of years prior declined to acknowledge the Schaghticoke. But contrary to how some critics have framed it, the BIA did not pull a 180 and completely reverse itself. According to the final determination (FD) notice, the PF already concluded that for various time periods in question, the STN met criteria 83.7 (b), 83.7 (e), 83.7 (f), and 83.7 (g). The third parties’ argument that the Schaghticoke nation was nothing more than the product of a diverse coalescence of individual Indians and families beginning in the mid-18th century was demonstrated to be patently false. Furthermore, the Schaghticoke never found fault in the eyes of the federal government, and thus were never federally terminated as a tribe. Satisfying the remaining criteria hinges upon accepting as evidence the State of Connecticut’s historical relationship with the Schaghticoke nation. 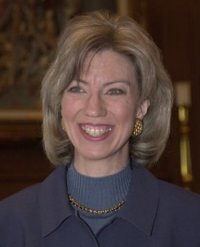 Interior Secretary Gale Norton (2001-2006) was convinced that the American constitutional principles of federalism give legitimacy to centuries of state recognition. It is rather ironic that the opposition in favor of the State (and including the State) did not consider Connecticut’s recognition of the Schaghticoke meaningful enough. Gale Toensing reported in a June 2011 article that STN’s subsequent appeal “pointed out several instances of what it called the BIA’s ‘capricious and arbitrary’ rule changes. In one example, the BIA advised the tribe to encourage un-enrolled members to join STN. In its positive decision recognizing the tribe, the BIA interpreted the un-enrolled members as part of a factional rivalry that provided evidence of continuous community. But in its reversal, the agency said the few members who remained un-enrolled indicated a lack of continuous community. Several lawyers and lobbyists say that entrenched bureaucrats at Interior have an inordinate amount of power to decide which tribes receive federal acknowledgement.” It is easy for bureaucracy to overwhelm common sense. Aurene Martin explained that in light of the BIA controversy over STN federal tribal recognition, “the regulations have become so set in stone that they fail to account for the vagaries of history.”

After Senator Chris Dodd (D-CT) requested an investigation of the BIA decision making process, BIA Inspector General Earl E. Devaney completed the investigation on August 27, 2004, with the results that despite the controversy, “no outside influence or personal bias affected the decision to grant acknowledgement to the STN” and “OFA and the principle deputy assistant secretary – Indian Affairs conducted themselves in keeping with the requirements of the administrative process, their decision-making process was made transparent by the administrative record, and those parties aggrieved by the decision have sought relief in the appropriate administrative forum – each as it should be.”

Members of the opposition, however, invited some ethical speculation of their own by violating the court established scheduling order made in 2001, which prohibited ex parte contact. Over the course of a year, Connecticut Attorney General Richard Blumenthal (D-CT), who had been a part of the lawsuit which resulted in that scheduling order, and Representative Christopher Shays (R-CT) and Senator Joseph Lieberman (D-CT), violated this in private meetings with Secretary Norton. Judge Peter Dorsey subsequently amended the scheduling order saying that “[s]uch conduct, at the very least appears improper and thus threatens to subvert the integrity of the appeal process itself.”

Through legislative attempts led by Nancy Johnson (R-CT), Rosa DeLauro (D-CT), etc. and through strategic pressuring orchestrated by groups such as the Town Action to Save Kent, Perkins Coie, and Barbour, Griffith & Rogers (BGR was recommended for hire by Johnson), the Interior Department was strongly influenced to make an unprecedented rescission. At one point a “fairly emotional” meeting took place in which Representative Frank Wolf (R-VA) threatened Norton that he would tell President Bush that she should be fired if she didn’t reverse the Schaghticoke recognition.

Have you ever been asked to write my article? This is a request from countless students throughout the country. Many pupils say that they enjoy writing essays best essay writing service but they do not know where to start. Here is how you can begin writing my article for you!

In the event you are like most other of the research paper writing service folks, then a inquiry the way to to write essays for the money probably pops up in any point. You are told you want certainly to be a really fantastic writer should you desire a job at the occupation of course in the event that you want any succeeding on the job. The problem is that you aren’t really sure how you should get started out.